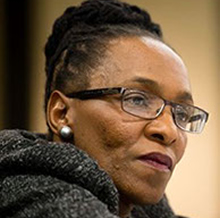 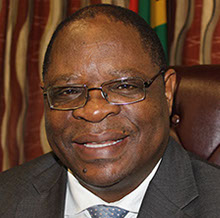 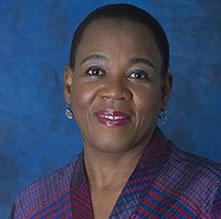 The High Court’s hear any case which Exceeds the jurisdiction of the Magistrates’ Court or when a person or organisation goes to the court to change a decision of a Magistrates’ Court, which means appealing a case.

Cases of the High Court are listened to by one Judge, meaning a person with many years of practical experience. However, if it is a case on appeal, then at least two Judges must hear the case.

Sometimes if the case is about a very serious crime then a Judge and two experienced people in law who are usually advocates or Magistrates who have retired, will listen to the case. The two people are called assessors. The assessors usually help the Judge to make a decision.

The High Court divisions have “jurisdiction” – the right to hear a case – over defined provincial areas in which they are situated, and the decisions of the High Courts are binding on Magistrates’ Courts within their areas of jurisdiction. They usually only hear civil matters involving more than R100 000, and serious criminal cases. They also hear any appeals or reviews from lower courts (Magistrates’ courts) which fall in their geographical jurisdiction. The High Court usually hears any matter involving a person’s status (for example, adoption, insolvency etc.).

There are currently 14 Provincial Divisions of the High Court. They are situated in the following areas:

Circuit Courts are also part of the High Court. They sit at least twice a year, moving around to serve more rural areas. They can be contacted through the High Court.

The Special Income Tax Courts sit within provincial divisions of the High Court and consist of a Judge of the High Court assisted by an accountant of not less than 10 years’ standing, and a representative of the business community. These courts deal with any disputes between taxpayers and the South African Revenue Service, where the disputes involve an income tax assessment of more than R100 000. Appeals against their decisions are made directly to the Supreme Court of Appeal. Tax disputes involving an assessment of less than R100 000 go to the Tax Board. The Tax Board is chaired by an attorney, advocate or accountant who works in the private sector and is specifically appointed by the President to assist as chairman of the Board. Members of the public can contact the Special Income Tax Court through the High Court and the Tax Board through the South African Revenue Service.

The Land Claims Court specializes in dealing with disputes that arise out of laws that underpin South Africa’s land reform initiative. These are the Restitution of Land Rights Act, 1994, the Land Reform (Labour Tenants) Act, 1996 and the Extension of Security of Tenure Act, 1997. The Land Claims Court has the same status as the High Courts. Any appeal against a decision of the Land Claims Court can be lodged with the Supreme Court of Appeal, and if applicable, the Constitutional Court. The Land Claims Court can hold hearings in any part of the country if it believes this will make it more accessible and it can conduct its proceedings in an informal manner if this is appropriate, although its main office is in Randburg.

The Water Tribunal is an independent body which has jurisdiction in all the provinces and consists of a chairperson, a deputy chairperson, and additional members. It has jurisdiction over water disputes. Members of the Water Tribunal must have knowledge in law, engineering, water resource management or related fields of knowledge. They are appointed by the Minister of Justice and Constitutional Development on the recommendation of the Judicial Service Commission, the body which chooses Judges. The Water Tribunal replaced the Water Court in 1998. It can be contacted through the High Court. {Play}